Amsterdam sits in the sweet-spot of Europe and is absolutely chocked full of smart people with hot ideas. The city is the epitome of mobility whether you think of that meaning geographical location or the love of locals to use bicycles as their primary mode of transport. Yet as a startup hub in Europe it is not living up to its own potential. There are many different reasons why this is but one of them is the lack of consistent startup run events. My contribution to answering this has been Pitchrs and now is Founderfeeds.

The wind kissed night of Friday April 5th 2013 saw the first iteration of Founderfeeds begin. Here, the small idea to bring founders together that might not have met before, to enjoy good food and conversations, saw fruition.

I looked at this night as my MVE (Minimal Viable Event). Find people. Find a venue. Get them there. Based on feedback and observed data I can refine the feature set and see if I can make it lean, repeatable and maybe even scalable. It does requires time and some effort but maybe there are opportunities to make it a white label to deploy in other cities but this would be devoid of a business model as it’s for the community by the community and not designed to make money.

Within a glut of factory buildings the restaurant sat in a maze of twists and turns which made it an adventure just to get to. It jutted out of a corner and peering in the windows it seemed quite busy. The venue was the Goudfazant in Amsterdam Noord. A little more of a trek than I initially anticipated but a great place none the less. It was a big open spaced restaurant that uniquely held stilted classic cars around the mire of denizens enjoying their food.

An hour into the affair and everyone had arrived. 15 in total turned up. We sat at a long table, which proved a separation from the beginning to the end. I had invited quite a few, all founders (currently and previously) of startups and businesses within the Netherlands. The design was to invite 10 people and they in turn bring one founder to the dinner too. The goal of 20 people unfortunately fell short due to people dropping out at the last minute and lack of that extra founder that I had intended people bring.  This didn’t quite turn out as planned but I had compensated for that earlier on that day. The first rule of event management is ‘plan for all eventualities’ so some graciously joined at the very last minute.

The question that popped up from invitees that I hadn’t met before and some I had was who would be there? The nature of such a night meant that giving out the list would be meaningless as people dropped out and joined frequently up until the night itself. I decided not to tell anyone who would be there and this in the end proved worthwhile.

The learnings and feedback

Even after the night everyone was still very enthusiastic about it and it’s a great way to bring people together and if I can swing it I will try and keep the project moving forward. While I’m still in the discovery phase of the initiative, it can pivot in all kinds of directions it will be fun to see how people embrace it and whether or not it will actually have a positive effect on the community. But as always we live in hope.

If you are interested in breaking bread with fellow founders enter your email address at the website. Or if you want to take the mantle and organise a meal yourself please get in contact.

8 design mistakes that startups can avoid. 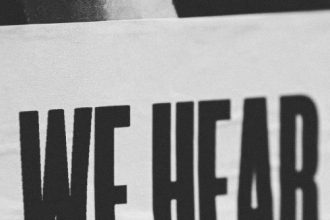 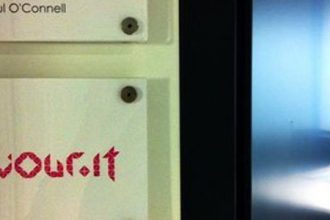