The advent of designer Founder in startups is here. I read it, I hear about it but I don’t see it. Being in the bowels of Europe in Amsterdam’s startup scene I’ve met quite a few startups and designer founders are few and far between. There are some notable exceptions but by in large the format of business guy and developer is the norm. But the design advocate in the team is amiss. Do designers see the benefit in being part something that could change the way they look at design? Do startups see the advantages in design thinking?

In college while working to get my Bachelor in Design the focus fell on arriving at a conceptual solution for a brief and less about the execution (though always important). The tutors opened our eyes to different ways of finding the right solution and this meant refining ideas and using research to bring the idea closer to something usable. This approach moved on feeling and human centred focus and sometimes elicited some beautiful pieces of work. But this rarely was based upon data from actual users or customers. The Target audience was meant as a loose framing and threading the ideas of making experience a core part of design not addressed. Concept was king. If the concept was strong but the execution was poor the assessors would see it and mark using principle of intent.

The learnings I have made in the last few years being plugged into the startup philosophy has forced me to reassess how I think an identity or interface should behave and function. Disconnect from what I want to do and look at the product and market fit. There exists volumes of data offering insight into how users respond to certain ideas, incentives even colours and it will build the answer you are looking for. Designers are at heart problem solvers and startups are created to solve problems. This seems like a match made in heaven. But it doesn’t connect that often.

What a designer founder really is
In the product the designer is the user advocate. In the technology they are the bridge between aesthetic to implementation and in the marketing they assign voice to talk to the user base. I see many startups rationalise how they don’t need a designer (until later on to create the visuals) but do they see the real worth in someone dedicated to creating a value in the product that aligns to lean thinking so it works in tandem with the potential of longterm?

Design is how we do things, clearly. Startups fail from their audience not understanding what they are attempting to do. If anyone follows the startups that join Beta List you will see the variance in how Startups attempt to explain themselves. This isn’t easy to define and refine and needs to be constantly iterated upon to fulfil the needs the startup exploring itself. A designer is part anthropologist, part architect and part Moses (I don’t mean ego in this respect) who can layout patterns to discover the true worth of the product. Daniel Pink in his book A Whole New Mind defined a mindset “The future belongs to a very different kind of person with a very different kind of mind—creators and empathizers, pattern recognizers, and meaning makers. These people—artists, inventors, designers, storytellers, caregivers, consolers, big picture thinkers—will now reap society’s richest rewards and share its greatest joys.”

The position of the contextual thinker
In the early days of Pinterest the format they gave to seeding their product was really unheard of. They had a visual product. Bigger images, less words and a wonderfully clear metaphor to guide users in what they could do with the product. Pins were understood. The founders Ben Silbermann, Paul Sciarra and Evan Sharp went out to meetups, groups, activities anything where designers congregated. They targeted influencers within the field and used them as ambassadors and teachers of how to use the product. A painstakingly time consuming method to building a userbase. I wonder today how many startups can afford to take the years they took to seed the userbase of the product. This is innovation in deployment and adoption of Pinterest that makes it stand out as a visual and dynamic product that has been copied at infinitum due to its success. Data didn’t feed this decision but the intuition of the Founders on going grass-roots and seeding the product one hub at a time. It was very risky maneuver and took the mind of someone willing to break perceived approaches and try the new to make it happen. This is what designers offer startups if they open their eyes to embrace the road less travelled.

I feel data still tends to be an ugly word to the creative industry. It is the bi-product of systems and users. Well it’s not. Using user metrics from conducted tests enables you to visually set an initial direction, a flow and position some keys to get users doing what you need them to do. Then using the data gathered from these interactions you build a better direction, flow and keys and keep repeating. This is refinement through iteration fuelled by metrics and hotspots. Personally I am a live metrics addict.Data is the lifeblood of design. I sat infront of the Mixpanel live data feed and watched our users move from one button to the next and marvelled at how people ignored flows and made decisions I just couldn’t fathom. Our idea, our product was alive and people were using it in ways I hadn’t imagined. It was a revelation. Is lean the enemy?
Working on brand identity and aiming to design things that last the test of time seems like it stands at diametric opposites to lean methodology. Lean is: make it small, make it repeatable using validated ideas but make it an approachable solution. This doesn’t take into consideration that designers love the epic idea, the design that will replace the Paul Rand logo that has endured for decades and stands strong in the bastion of design legend. Lean is immediate. Lean works to make something usable not historic. The identity created for a startup can be cast off with a pivot and the company focuses on something completely different based on data and interpretation of this data. So what to do?

Anything that is measured and watched, improves – Bob Parsons Founder GoDaddy

If you think about it, these are mere approaches. The design of the MVP, the simple UI and the clarity of steps creates all the information the designer will need to create an identity as flexible as the methodology that informs it. The more insight into who you talk to and what you need to do to make them happy the more form-fitting the end-product will be. When intuition and data combine to work to create a visual wrapper of an identity that flexes with the company and is open to change it becomes stronger and more unique. This is where the role of the new designer is. Designing a system like this far exceeds any normal client brief. The potential is in the product and design coalescing to divine something time tested and lasting. Here is where the wonder is. Here is where the great challenge is for the problem solver designer.

I believe design is to product they what the developer is to technology. Design Founders enrich the startup. Startups enrich design. If you get caught in the money aspect of what you could be doing with paying clients then you miss the opportunity that could be yours. The possibilities of Airbnb / Pinterest / Etsy and many more prove the viability. The freedom to create systems and flows for potentially millions of people is addictive. I am constantly amazed by the learnings made daily whether than is in understanding investor/ founder relationships to balancing lifestyle and passion. The startup enriches the participants and offers a taste of what could be. How can you turn this down? 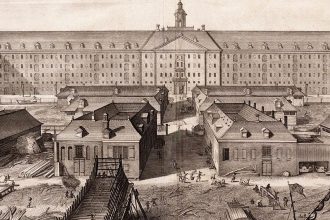 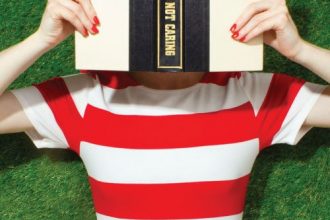 Why can’t designers brand themselves?